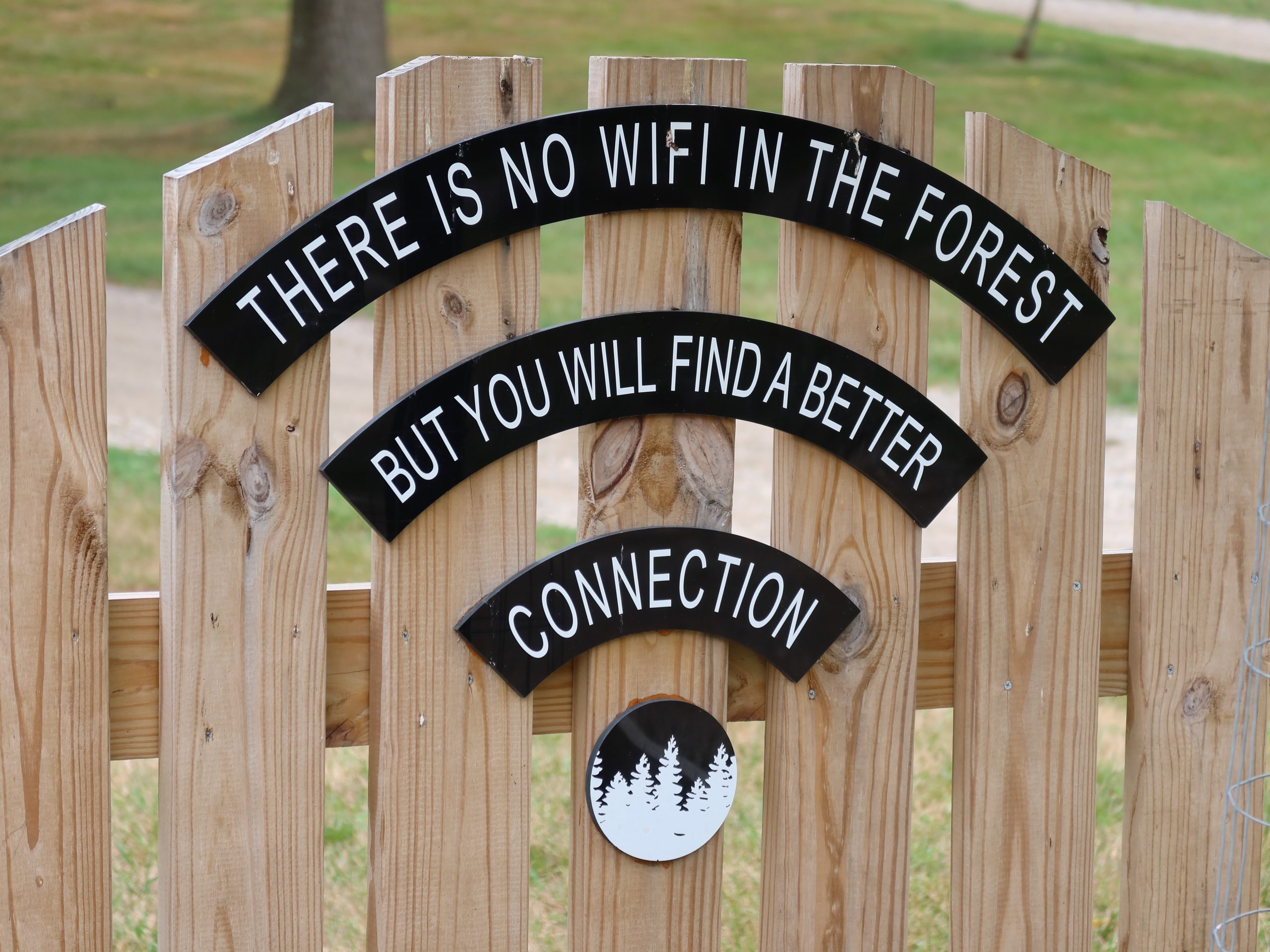 When I moved into my new apartment, I called the Internet Service Provider to set up WiFi. I got to an automated mailbox saying that their offices were only open Monday to Friday. And it was Saturday. I resolved to give them a ring Monday first thing.

As I approach most things in life, I experimented. I thought I would try it for the weekend and at worst just call my CoxWiFi on Monday. It was luxurious.

Sunday morning, I woke up and packed up my bag in search for internet.

That was the first of many days where I would be forced to leave my house as soon as I woke up to sit near restaurants, coffee shops, or buildings with WiFi (if I didn’t want to be bored to tears). I got out of my house relatively quickly. There was no laying around in bed with a cellphone or sitting with my laptop before starting my day. This also meant I had to go outside during the day every single day. I got plenty of sun, and of course lathered myself in sunscreen every 2-3 hours.

I also had to stay outside of my house for most of the day because I needed wifi for most of my daily work and activities. I had to be social and deliberate about my leisure hours as well since I couldn’t just lounge around at home with my laptop. It’s a little awkward to watch Netflix in a coffee shop.

I made many new friends that first week. One of my biggest life fears is that I will not be able to make friends at later points in my life, but I prove myself wrong each time. The first day, as I was working I struck up a conversation with someone nearby. The next day, I already noticed I was less afraid to begin conversations with people at the gym. On the third day, as I was sitting outside smooching off someone else’s WiFi at 7AM, someone on their morning walk stopped and we ended up talking about his hobbies, and I thought about my dreams for the first time in many months. Why you are awake at the wee hours of the morning is a great conversation starter.

On the fourth day, I set a goal of making a new friend every day. Just kidding.

I also had almost had nothing to do when I got home. The most I could do was read, journal a bit, call a friend, and text a few people to schedule calls or meetings. I usually ended up in bed within 30 minutes of getting home instead of sitting on my computer wasting the last hour of my day.

Since I was not doing anything past 10 or 11 PM, I would just sleep and finally achieve that elusive goal of waking up before 6AM and clenching that extra early morning productivity and clear-headedness.

The biggest challenge is when I wanted to watch internet-based TV at home with friends. I usually set up a hotspot and an HDMI cable. But honestly, it was a great excuse to not watch much TV anymore.

“So you want to sit on the couch and just talk?” is usually the reaction, but yes, I do.

Get the Latest from Phone Free Future